The weekend that was... 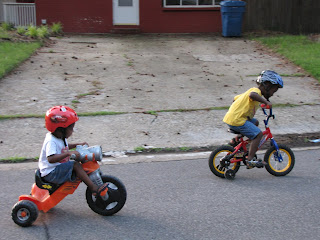 N and E on their bikes, N hauling butt and E paddling to catch up. Yes N's bike is too small for him. We actually bought him a new one off of craigslist the next day. ;o) 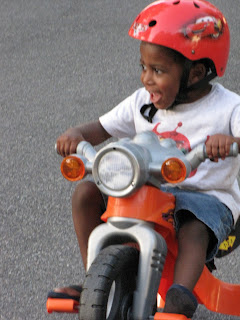 E jammin on his Harley. 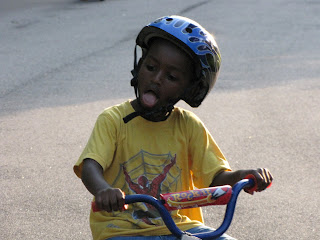 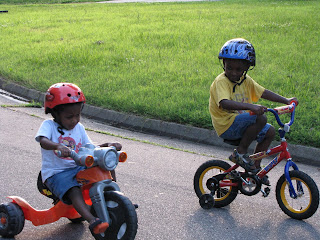 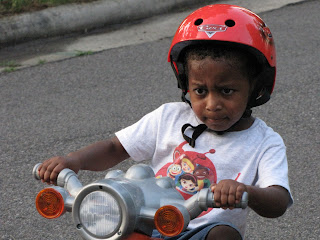 The look of determination... now that's the look of a Harley driver. 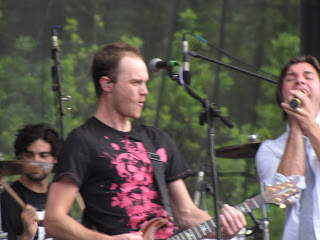 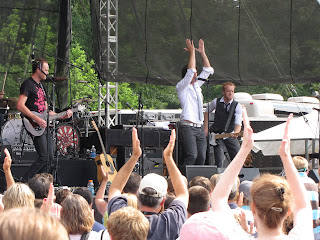 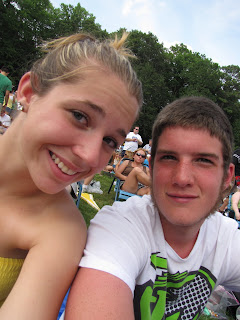 S had the camera. It's her and the boy. 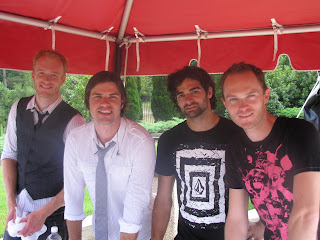 The guys from Revive after the show. Really nice guys. 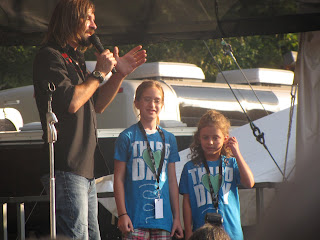 This is where Mac brought his daughter, on the left and Ty's daughter on the right out on stage to sing. They were having SO much fun and were so cute. 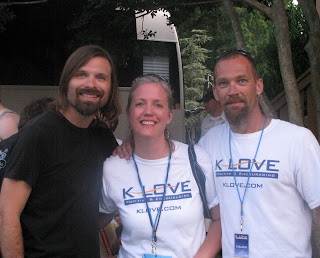 Look I have my arm around Mac Powell. Gotta love it! 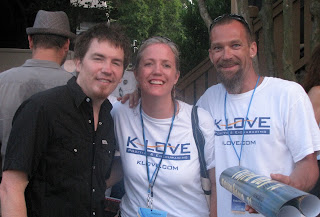 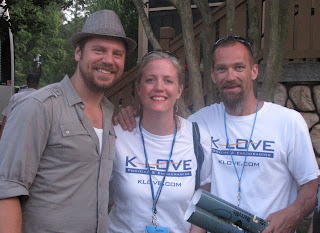 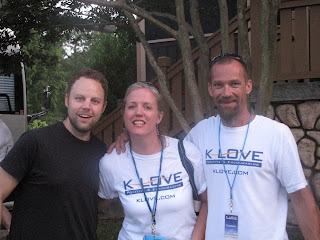 Yep have to include one with me and weird faces, truly I have to work on that huh? SO not flattering!
Posted by Andrea at 8:44 PM

Great pics. Little E looks so determined, like he is gonna get it done.

You are a little groupie!! Haha...great, fun pics.

Also, thank you for your encouraging words on my blog. What you said is exactly what I needed to hear today. You can totally relate. It's just reassuring to know that the sibs you were planning on are where they need to be and you have your sweet little boy.

OK, your boys are SO cute...and you did NOT meet Mac Powell!!! How fun!!! Looks like you've been having tons of fun. :-) Sweet blessings, Amy