So I always forget blogger the way blogger puts pics so I am starting at the end and going backwards. ;o)
Sunday we had the awesome priviledge of ministering with KLove radio at The Glory in The Gardens at Busch Gardens. What a BLAST! We played games with the concert goers, we talked to them about God and just had a ton of fun. It was HOT out there, but so much fun. Mercy Me was the headline band this past weekend. They were great. We hadn't seen them in concert before so it was a treat.
Don even went on stage with JD Chandler to help throw T-Shirts to the audience. They were hard to throw because they were so light...lol I was playing games back at the KLove tent so I didn't get pictures, but I could hear the crowd just screaming and having fun. 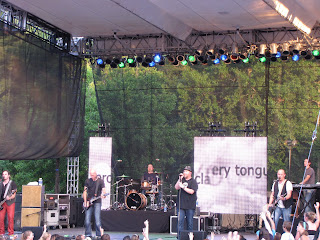 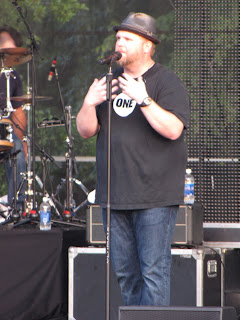 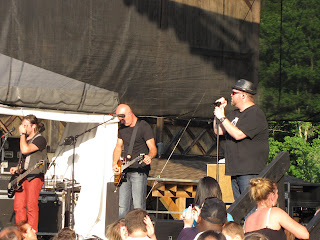 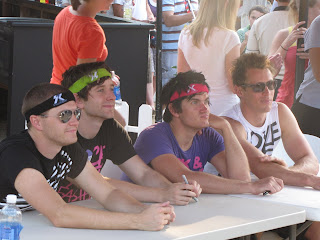 These are the guys from Stellar Kart 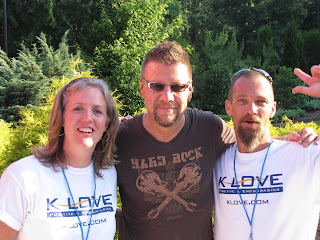 Look it's JD Chandler! He's a DJ for KLove from California... ok so D and I were having fun, looks like JD is bored huh?...lol. And apparently I was saying something goofy, what's up with the look on my face? 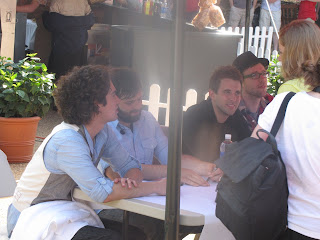 These are the guys from Sanctus Real. These guys played a great show. 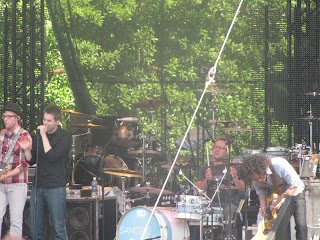 The next several pics are from Saturday. Just stuff from around the yard since we did some yard work. Then S and I went shopping and daddy took the boys to Grandma's and then the park. 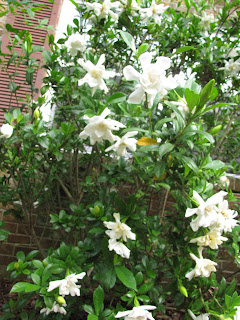 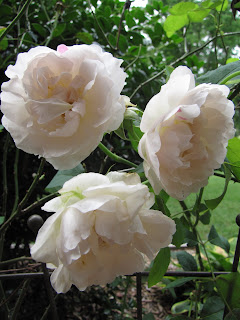 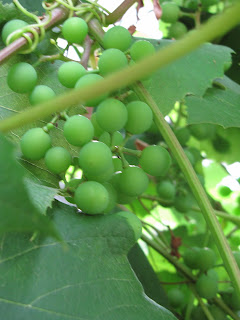 Look we are growing grapes. 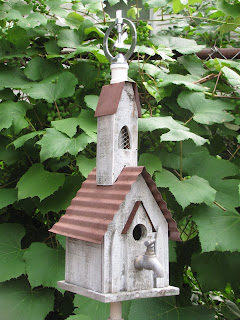 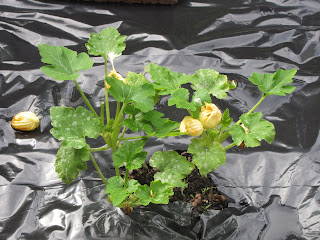 And Zucchini... looks like there's fungus amungus... I have taken steps to make that go away...I hope. Anyone have any ideas? 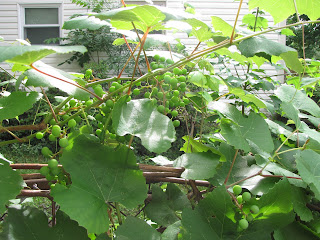 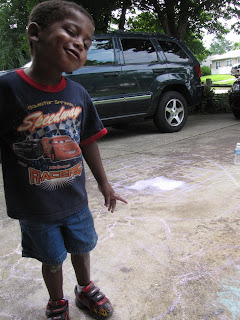 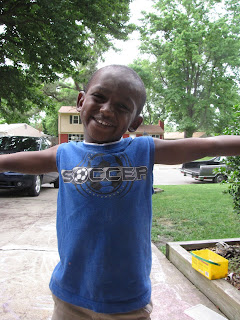 You can't really tell but N has chalk all over his face. He's still too stinkin cute though huh?!
Posted by Andrea at 9:11 PM

Email ThisBlogThis!Share to TwitterShare to FacebookShare to Pinterest
Labels: garden, Klove, Mercy Me

Beautiful pics. I now have seen Mercy Me 2x and can't get enough of them. How cool to have had such blessed weekend.

Your boys are soooo stinkin cute!!

What a fun weekend!

I recently read that 1 part nonfat milk to 10 parts water sprayed on zucchini plants once a week kills the fungus . I can hardly wait to try it since I battle fungus every summer in western WA.
(Bushel and a Peck's sister)

Awesome! Thank you Laura, I will try that. We seem to battle it every year too... that and the blossom rot. Perhaps I should grow something else...lol
I will let you know what I find. ;o)

Looks like everyone is having a good time. Your boys are more cute each time I see them. I feel like I'm seeing them grow before my eyes along with you.

I almost dove into those grapes and I'd love those big beautiful flowers.