Resuming our trip to Adama via T'ede

Saturday morning was yet another beautiful day! One can get used to such great sun and blue skies! :o)
We were leaving Addis on that morning headed to Adama/Nazaret via a tiny little town named T'ede. We were taking them some soccer balls and shoes for the kids.
We stopped on our way out of Addis for the shoes. 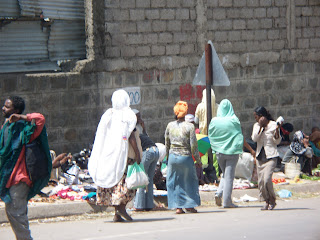 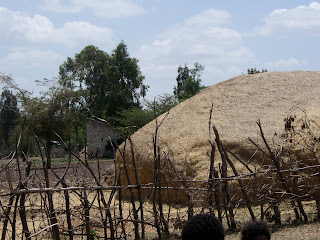 These 'loaves' of wheat were all along the side of the road, I just thought they were cool. 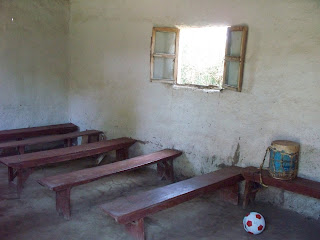 This is the church in T'ede, it holds 50 people. Tiny little place full of the spirit. 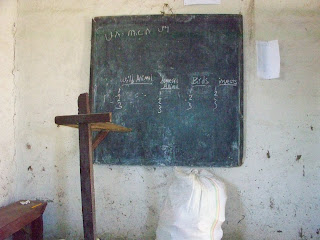 Do you love this podium. 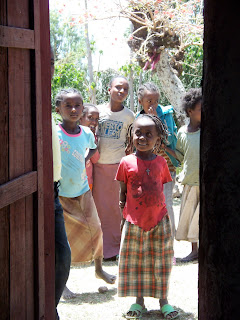 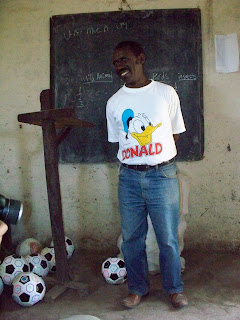 This is pastor Zerehune, he leads this little flock. He is also a little guy, with a big heart. He has a wonderful vision for this community. Don't you love his shirt?! 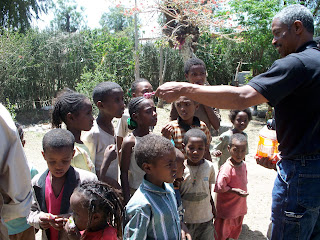 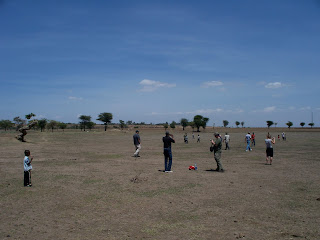 We got to go out on the savannah and play soccer, or I guess I should say the guys played soccer. I was wearing flip flops and there were socks and cow patties...lol I wasn't really up for running around in that. 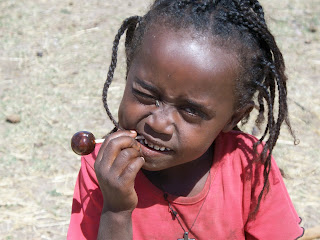 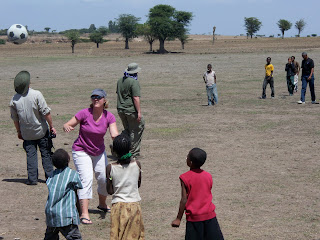 So I played volley ball with the children that were not playing soccer. Who know these kids would know how to play volleyball. I loved seeing the determination these kids had in trying to play correctly. The little guy in the blue striped shirt reminded me of N, with his energy and smile. The little guy in the red vest was all athlete, and the girl in the brown skirt was the tom boy.... so cute. Later the bigger kids came to play too. I loved getting a moment to see a little bit into these wonderful little people. 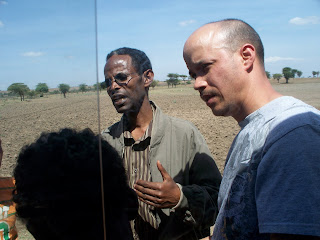 Rick took a moment to speak the gospel into the boys from the surrounding area. It was a pretty powerful moment. He bought several Amharic bibles and gave them out to the kids we met that he was able to minister to. It was his gift to so many. 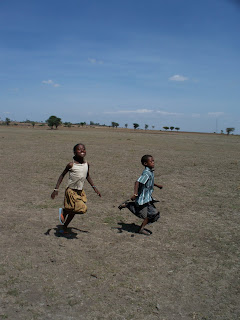 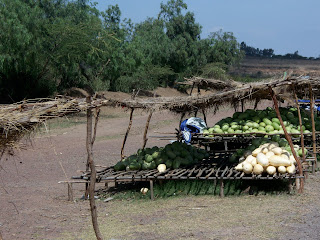 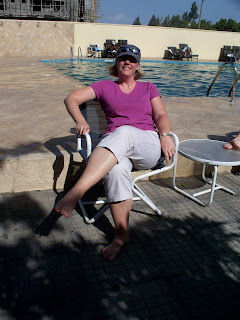 I almost didn't post these pics because it seemed so indulgent to be in this hotel. We were able to get really crazy rates though so I guess it was ok? There were several moments when we were sitting around the pool and I would just wonder about how life happens. On night we were drinking Coke, eating french fries with ketchup and listening to a country song on the speakers.... were we really in Africa?
Our rooms were comfy, had TV's (although I never watched mine) the shower was an actual glass stall and the toilet had a seat. 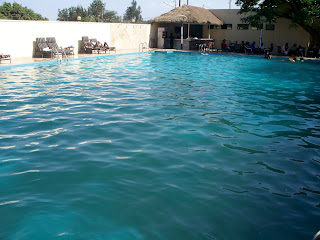 We ended this day by visiting the Orphan and Widow's home, more on that later.....
Posted by Andrea at 8:12 PM

LOVE the pic of the kids running alone with such joy! Beautiful!

Wow, how have I been missing this amazing trip of yours?! I'm glad I seen your update on my dashboard tonight.

I know what you mean about feeling indulgent. As we are preparing for our trip to China, and I was decided which 'suite' we want and worrying about beds, I stopped later to reflect on even how indulgent that really is. It gets ya think'in about priorities and life and stuff, doesn't it!?!

I would choose volleyball over playing in the cow patties! LOL!!

I can imagine it was hard in some ways to go back to the hotel after seeing how the children/people were living. GOD certainly knows how to get our attention.

Oh Andrea, these pics just get me so chokey. I wished I could have been there. You were in the true heart of Africa, seeing the needy, widows and orphans in despair:) I love your new pic to the right in the label "about me". Talking to the woman and holding a baby on the other side.

Oh, Andrea. How sweet are you?!? Thank you so much for dropping by my blog to check in on me. Transition is HARD. We're definitely in the thick of things and praying for God to bring us through the rocky season. Having a hard time getting my footing, but trusting that in His time and strength, I will! :-) Sending blessings and joy YOUR way! With love, Amy